We are in an amazing place right now. It is rather surreal and I often look around and wonder how we got here. As I had coffee with a friend yesterday and shared some of our stories from the trip to Boston it dawned on me the size of our adventure. Her jaw dropped as I told her that I took Claire to the Red Sox game by myself. I’ve had that reaction from a few people. It honestly never occurred to me that it was a crazy decision until I saw people’s reaction. Looking back, I can see the risk, I can see all of the things that could have gone wrong. In the moment I didn’t see it as a choice, but it was. I could have chosen to sit in the depressing hotel room and to cry but it just didn’t seem like an option. I had enough of that and we were ready for life. Really, aren’t we all and maybe we just don’t know it? 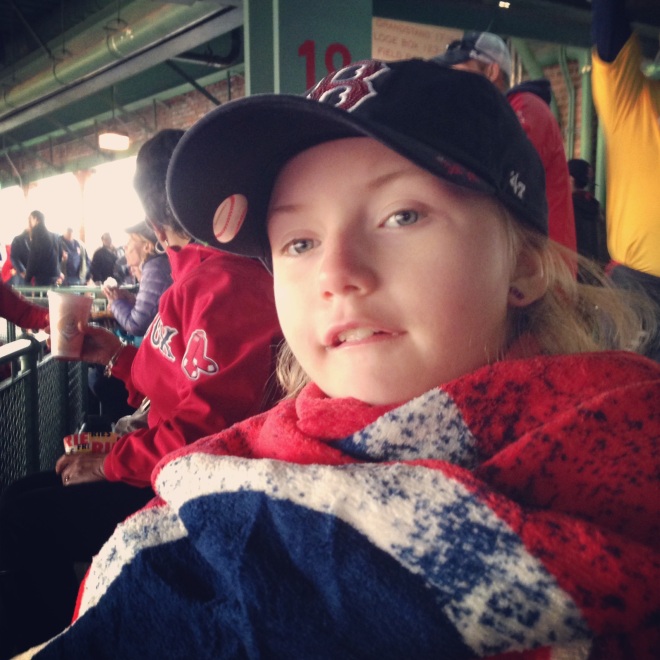 I suppose it is the silver lining of living in Rettland. There is little mundane. Everything is sink or swim, fight or flight, there is no room for maybe. In a way it saves me from slowly slipping into that dark hole of bad choices. When the decision is between treatment for RTT or not, the decision is obvious. When the choice is to let uneducated people determine critical things for Claire it is obvious, I advocate, I educate, I cannot let her life be compromised by the system. In that process I bring all of my being because that it what it requires, anything less and Claire could be in danger. When I do this the payoff are huge. When you push and fight for it, the day that it comes sends you over the moon. It isn’t always because it is a big thing but because of the work that went into it.

It is an odd privilege to have so few things that are mundane but it has led me to such a beautiful life. The smiles are cherished, the flowers are smelled, the laughter is loud and the stuff that doesn’t matter as much just never makes it to the top of the list. We all have lives with this much beauty. I was pushed to see it because my only other option was a dark hole. Wherever you are in Rettland, I hope that today you get to fight for something and that you get to see beauty that surpasses what you expected.