Have you ever had one of those moments that feels like it is in a movie. Something very profound happens, the perfect song is playing in the background and everything happens in slow motion. Tuesday morning I had one of those. We were sitting around the table eating our oatmeal, Jared was just finishing up making his coffee. We were listening to the Beatles and watching pictures from Flickr on the tv. Claire hands stopped moving, she looked at me with that smile, the one that says, “it’s coming.” Her face started to twitch as I picked her up and held her in my lap. I stroked her hair and started to sing along with the music in an effort to calm us both. As the next song started I realized that it was Let It Be, how profound. As I sat there, holding Claire, trying to calm a body that neither of us had much control over, Chloe alternated between dancing in circles like a ballerina and playing air guitar. All that I could do was just be there in that moment. To not retreat to the darkest places within my soul, where I so badly would rather hide from all of the hard and ugly parts of life. But there is no joy there. I need me to be here, so do my kids and my husband. So it was with that deeply profound moment that I was reminded to simply BE. It is something that I have been in pursuit of for a while. It is easy to get off coarse, to forget, to loose sight of the goal. But this is my life. I have one daughter who stops breathing several times a day and another who dances and twirls without rest. Oddly enough, this very surreal scene in one way confirmed a decision that I had hemmed and hawed over for several weeks. Chloe had been going to school three days a week and I felt guilty for that. Last week I reluctantly signed her up for a fourth day. As a stay at home mom it is hard to send her to school for 16 hours a week. At the same time I know that I need it and honestly, she does too. Her school is awesome and she loves every minute that she is there. It is her special place, a thing in her life that doesn’t revolve around rett syndrome and that is a sacred thing. So here I sit, on a Friday, by myself, trying to just be. My pictures aren’t as cute without the bright blonde pigtails in the bottom of the frame, but this isn’t too bad. 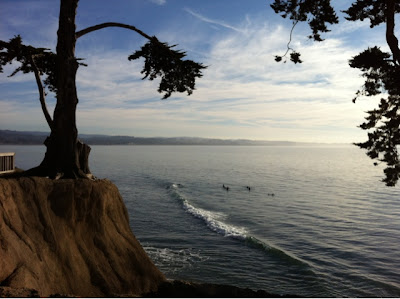