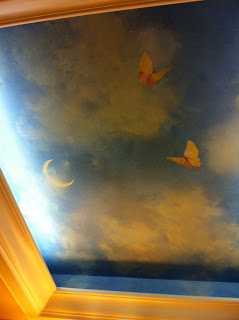 If you have been reading this blog for any amount of time, you would know that I am often tired. It was a week and a half ago that I got pushed too close to the edge and had to take an emergency step back. Claire was back to her lovely seizure-free self, but somehow between the late nights and the sleep study leading up to that, I became absolutely exhausted. Then we had the unexpected opportunity for an impromptu appointment with our neurologist, which was great, just not a restful experience, driving in San Jose at rush hour never is. It was Wednesday morning, Claire’s last day in the autism class before going to the new school and I broke. I called Jared to inform him that I would be checking into a hotel to sleep on Saturday. Of course being Captain Awesome, he said sure, not really, but after talking about it that night he understood and was on board. That afternoon, in an email that I truly believe was affirmation from God for my plan, there was a deal to a hotel in San Jose. It was called the Sainte Claire. The deal included valet parking, breakfast for two and a bottle of wine, perfect! It was just the motivation that I needed to keep putting one foot in front of the other. Finally Saturday came and I carelessly threw a few things in a bag and headed over the hill. Upon pulling up to the valet I could feel my muscles starting to soften, as I made it up to my room I even felt a bit carefree. I had nothing that I had to do.  In the past I have often struggled with my “free” time. Jared will often offer to stay home with the girls so that I can get away, just to find myself down in the dumps because I can’t think of anything to “do.” There is a sense of needing to rest or have fun NOW because I don’t have the girls, but it is so hard to do that on demand, especially when I am tired exhausted. I literally dropped my bag and collapsed onto the bed. After a short rest I looked around and actually really started to enjoy my new temporary surroundings. For one, this room had one of the greatest hotel bathrooms ever! I am a bit of a geek about bathtubs. There are few things that I love more than a long hot bath, in a solid tub. Not a plastic one like I have at our home, a cast iron tub like the one I grew up with. Not only was the tub cast iron to keep the water super hot, there was a beautiful painting on the ceiling, with clouds and butterflies. I actually had to rest from my hour long bath before making my way down to dinner, it was great! My room was on the sixth floor, also the top floor, and there was a great staircase that went all of the way down. Aside from the elevator ride up upon arrival, I exclusively used the stairs for the trip, a luxury not afforded when with somebody on wheels and I relished the slow pace of using the stairs. 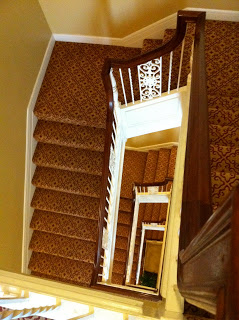 Eventually I made it down for my first time sitting at a table by myself at a restaurant, but it wasn’t as bad as I thought it would be. Again at breakfast I sat there alone, but by then I was so rested, I could actually enjoy it. I really geeked out on the breakfast menu. I did breakfast at a fancy hotel back when I worked, so I have a special place in my heart for that. I was really impressed, the breakfast really was very tasty. 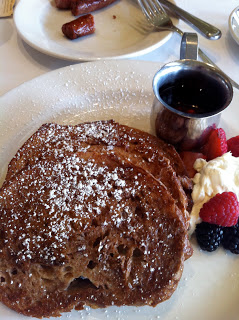 As I sat and savored my calorie laden french toast, I enjoyed looking around and noticing all the old stuff that was in the building.  Silly things like the letter drop that ended in the lobby, I guess long ago people mailed things? It was then that it hit me, I enjoy hotels. Not just because I like being away from home, but I think I can classify myself as a bit of a hotel geek. I have struggled for so long to find something that recharges me, something that I enjoy, alas, this is it, I like hotels! I like observing, sitting back and watching the various stories that unfold all over the place in a good hotel. Having figured out something that I have an actual interest in, that doesn’t involve either of my children, I felt like I had just gotten a shot of pure oxygen. Perhaps this is just the beginning of starting to try to be a person again, a real person who has thoughts and does things outside of the daily list of stuff that is required because you are the mom. I have to say, I am very excited about the possibilities. 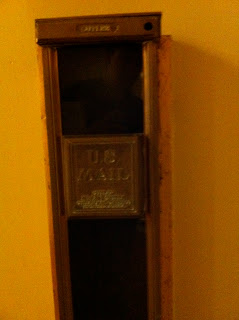 One thought on “Possibilites…”